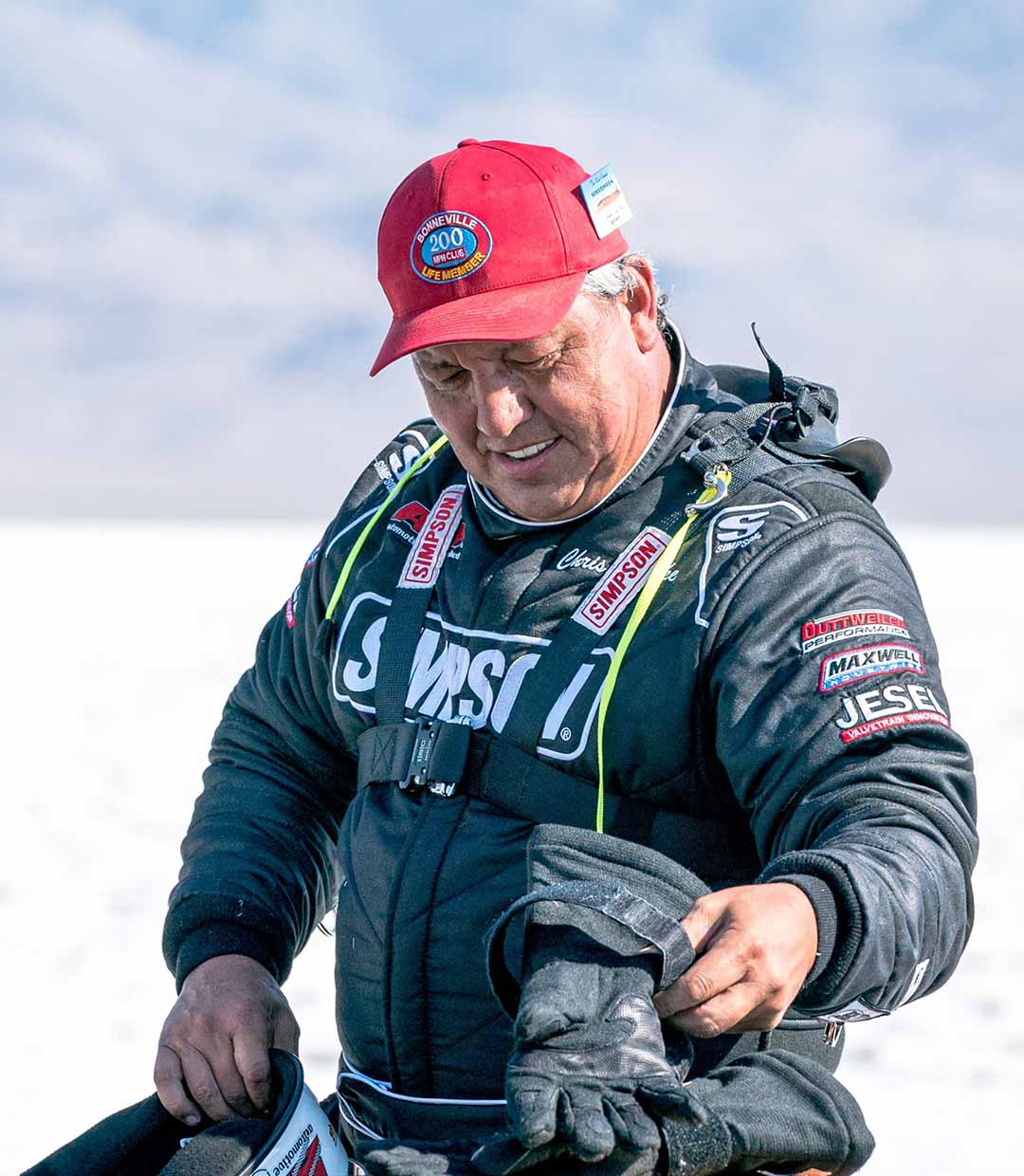 The Man Behind The Helmet

Chris Raschke’s world is speed. His journey to the cockpit of the record setting Speed Demon streamliner has given him perspective and appreciation for the pioneers of the sport that came before him.

Chris began working in motorsports at an early age, becoming the first official employee at Ventura Raceway in the early 80’s.  Chris started on the ground floor and learned every aspect of what it takes to keep a racetrack operating.  While working at the track, Chris was also racing ATC 3-wheelers in the area and later on racing his Ford Pinto in the mini stock division. The racing bug had bitten him and Chris was active on both sides of the fence.

T/Q midgets, midgets and sprint cars were the rage at Ventura Raceway and Chris started learning by watching and helping Larry Derwin on his custom creations. Chris developed an understanding of what it takes to win.

In 1983, Kenny Duttweiler asked Chris to work for Duttweiler Automotive Kennys fathers shop doing general repair. Kenny Duttweiler’s race shop was right across the alley.  Kenny is now the acclaimed engine builder and genius behind Speed Demon’s power. Chris soon was working for Kenny. It was at Kenny’s that he learned to fabricate and maintain race cars. Then came welding inter-coolers, developing and sourcing suspension components, and organizing the sales and marketing for the growing performance business. His efforts helped Duttweiler Performance grow through the 80’s and 90’s. During this time Chris was involved with Duttweiler's Buick drag racing which matched raced all over the country. At the same time Kenny was building a wide variety of engine combinations, from boats, street rods, drag racing and just about anything that you wanted to go quick and fast. Chris learned the value of using high quality parts and became fond of ARP fasteners, which are manufactured right in Ventura County.

While at Duttweiler’s, Chris met Steve Watt, Speed Demon builder and crew chief. They struck up a great friendship, and later on Steve asked him to join the Speed Demon team.

In 1996, Chris joined the team at ARP, and much like his early career at Ventura Raceway, Chris learned every aspect of the company. Chris is the Director of Sales and Marketing at ARP and his knowledge of the entire motorsports industry and its players is invaluable for the Speed Demon team. He understands the fine details that help the Speed Demon team perform year after year.