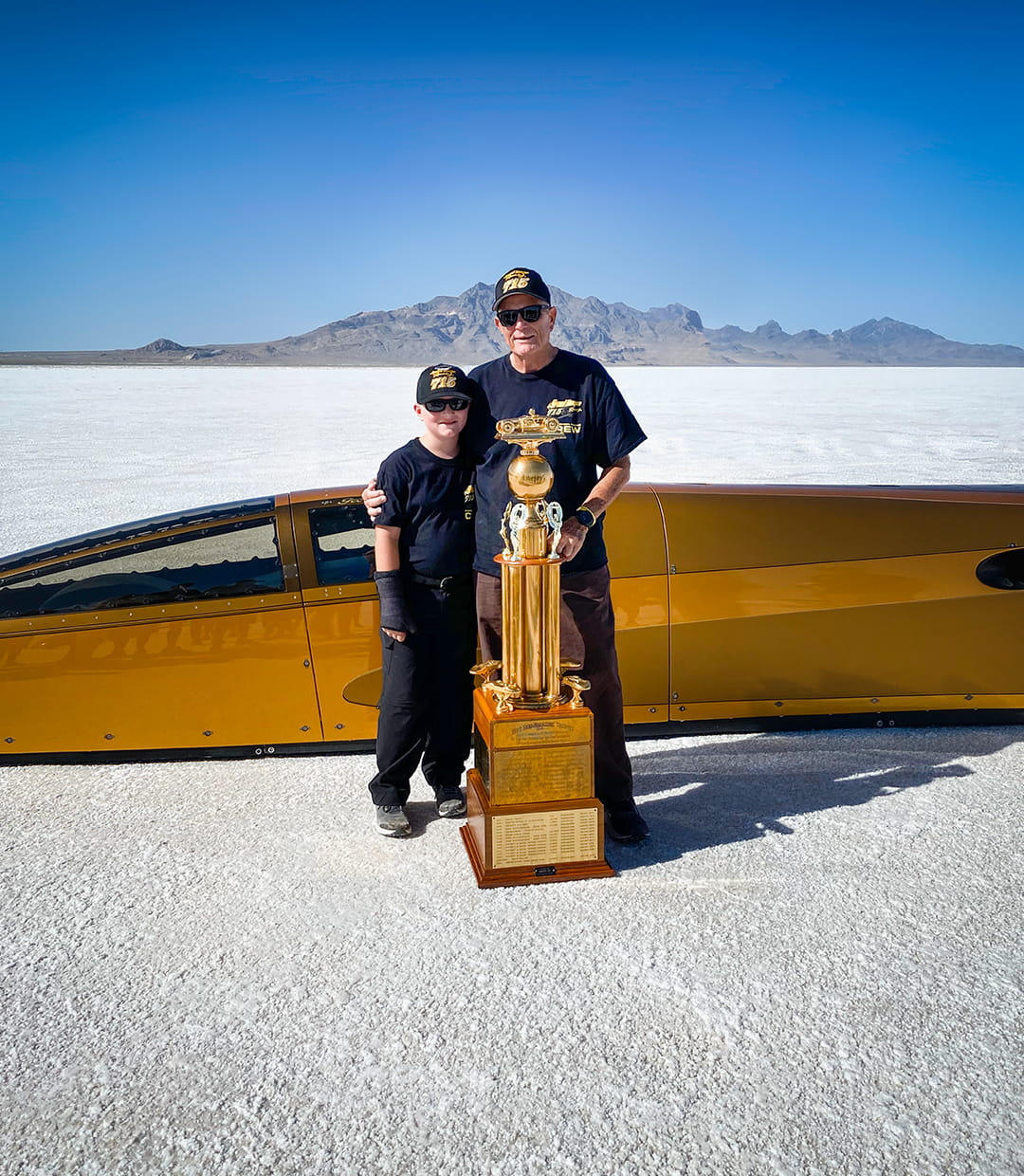 The Man Behind The Helmet

George Poteet is a successful Memphis Tennessee businessman noted for his unquenchable passion for a broad range of hot rods and race cars. His race car, the Speed Demon, has set more than a dozen records with him behind the wheel. He has made over 55 passes over 400 MPH, more than any other human on earth.

Away from the track, Poteet focuses on his family and life in rural Tennessee. An avid collector and classic car enthusiast, he has had success in the AMBR, Ridler awards, all while encouraging numerous hot rod builders and fabricators to hone their craft by giving them the opportunity to build the world’s finest custom cars and hot rods. He works with some of the automotive industries top fabricators and builders to create award-winning show cars.

Now, in his 17th year of land speed racing, Poteet and his team have achieved the impossible. They have set over 13 SCTA Bonneville records and set 6 FIA world records. In August of 2020, he and the Speed Demon race team set a new land speed record of 470.015 MPH and won the “HOTROD” Trophy (signifying the fastest car of the SCTA BNI Speed Week meet) an unprecedented 9th time. Poteet and the Speed Demon Racing team now hold the title of World’s Fastest Piston Engine / Wheel Driven car at 481.576 MPH.

George Poteet’s accolades in the automotive and motorsports industries.